This is the legendary Big Muff! This unique fuzz distortion pedal provides rich harmonics and a huge dose of sustain.

Enclosure and wiring Step 4 of 5

Mount the assembled PCB and the rest of the components (DC and 3.5 jack connectors, 9V battery clip, 3PDT foot switch, led...) in a metal enclosure. Connect the ground of the circuit to the enclosure (the GND of the input and output jacks are in contact with the enclosure). The following figure shows the components mounted in a 1590BB enclosure.

Snap off the anti-rotation tab on top of the potentiometers with a pair of flat nose spliers. 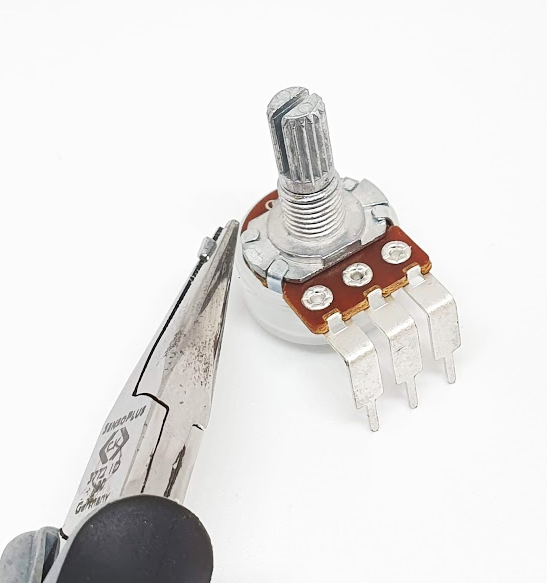 Use a 24 AWG stranded wire and connect all the elements as indicated in the following figure. No matter the order to connect the ground (GND) as far as all the components are connected. The diode led requires a current limiter resistor, you can use values in between 2.2k and 4.7k for regular leds. The following figure shows the wiring with a negative tip DC connector (standardized Boss style 2.1 mm with a negative tip orientation). 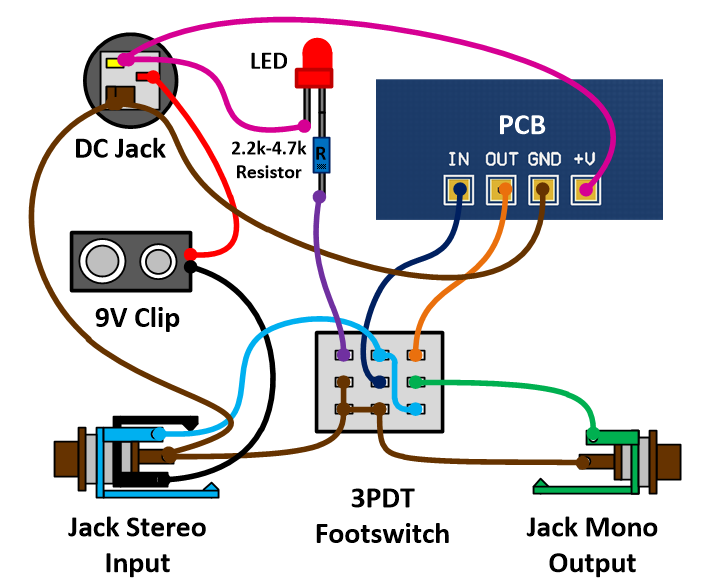 The PCB for 3PDT footswitch will help you to wire all the components, keep a neat circuit and reduce the noise. This PCB also includes pads for the led and its current limiter resistor. If you are going to use a 1590BB enclosure, this PCB will definitely help to build your pedal. Led, jacks, and footswitch are mounted on the PCB. You will only need to wire the battery clip and the effect PCB. Drilling templates are available in the attachments. 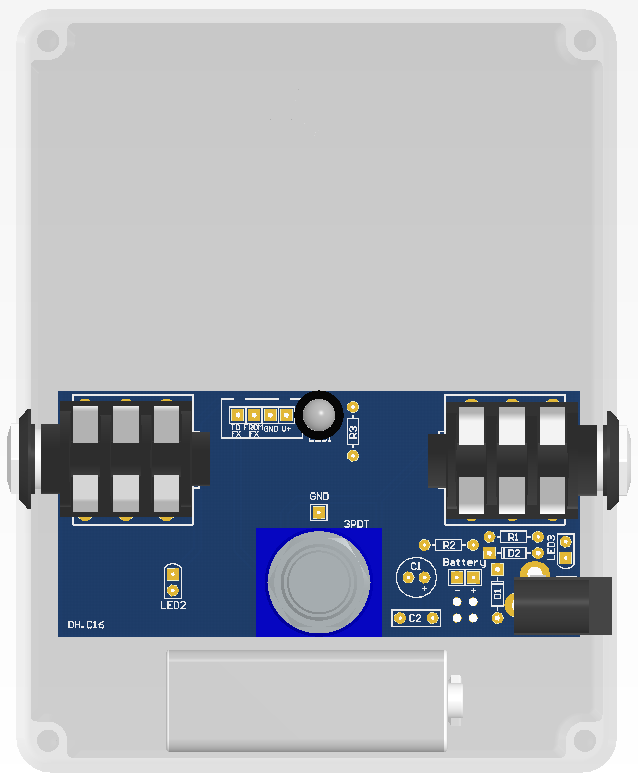 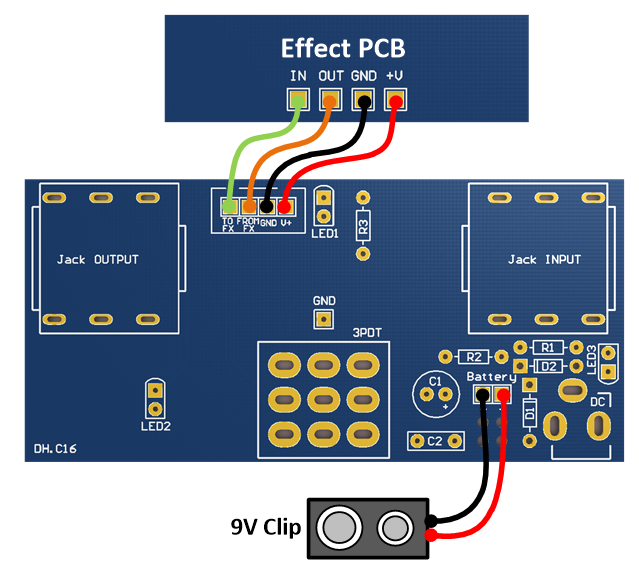